I wonder if psychics exist. Are they people bestowed with latent supernatural powers or are their souls sold to inhabitants of the spiritual realm. Or could they be just plain faking it.

I really don't know. What I do know is that the spiritual realm is real and when it collides with our 3 dimensional existence, strange things happen... Ok, ok so much for sounding supernaturally wise.

Well, my mum has interesting dreams. I think it runs in our family. But what so amazing about hers is, they frequently come true. Could it be God speaking to/through her, I'm beginning to wonder.

About a week ago, before the Chinese New Year, she related her dream to me.

Mum: I dreamt that Rehana (my mum's deceased teenage sister) told me that there will be a funeral on the 15th.

Mum: Dunno... could be this month, or some other time.. Dunnolah..

And so we acknowledged it as a dream with a tinge of concern. Knowing our history of dreams and premonitions, I try not to dismiss stuff like these easily.

Several years ago, my brother had a dream that daddy died one morning. The whole day he was so preoccupied with the dream and decided to erase some of the foul messages in daddy's diary. We had a thing in our family - that we would express ourselves in writing in each others' diary or left notes to convey our frustrations. And so my bro managed to find the bottle of Liquid Paper and erased those messages. That night, my dad passed away.

Before moving into my current condo, my mum dreamt my dad took her into the air, and brought her to a building. From the building she saw a highway that resembled the NKVE. The understanding she had in the dream was: the building would be our dwelling place. Weeks later, someone introduced us to a condominium. We moved in. From our condo, she saw a highway similar to the one in her dream.

And so after mum related her latest dream, we were concious of our surroundings and happenings. February fifteenth came and went and no funerals were forthcoming. On Tuesday, we received news that a dear friend of ours, Isaac, who worked as our church caretaker, had died due to an unfortunate cardiac arrest. He had undergone a minor operation and six hours after the operation, had a heart attack and died. He passed on on the fifteenth day of Chinese New Year - Chap Goh Mei.

I've been reading the book of Daniel lately. It seems like dreams and premonitions were a common thing in the ancient Jewish/Babylonian Era. The fact the King Nebuchadnezzar had mediums, astrologers and wise men whom he could count on for fortune telling and dream-reading showed that the supernatural activity was a given in their context. Daniel, or fondly known as Belteshazzar (he was christened after a Babylonian god by King Nebby), was not only wise and could intepret dreams, he was close to God. And God had given him the ability to do such mystical feats for God's greater purposes. Later we see how Daniel got promoted to being the third highest official in the Babylonian domain and was a major influence to the nations.

I'm amazed. I guess if I relate my family's idiosyncracies to people from the traditional church, I would be given the 'eyebrow twitch' and phrases like: "Is he for real?", "Imagination!!?", "Do you speak in tongues too?".

My take on this: Just live life for God. Love God. Love people. Do his will. If you're a Christian, read up Matthew 7 (especially the part about how not all who call me Lord will enter the kingdom of heaven...). If you're not a Christian, find a Christian who owns a bible.

Cheers - in you dreams, 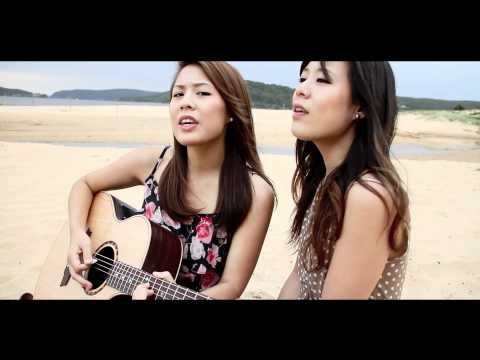 I Won't Give Up - Jason Mraz (Jayesslee Cover)

My Love Language is: CASH

twentyfivecents
I'm a graphic designer for a company I set up in 2005. I love music, art, travel, people, animals and minimalist designs.